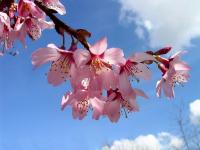 As any Oklahoma knows, the state tree of Oklahoma is the beautiful Eastern Redbud tree. These pink sights dot the landscape all around come springtime in this grand state! This blog is dedicated to the history and meaning behind this mesmerizing and richly abundant tree.

The Redbud became the official state tree of Oklahoma on March 30, 1937. According to blogoklahoma, Mrs. Mamie Lee Browne was the spearhead effort for naming the Eastern Redbud as the state flower of Oklahoma. However, those efforts were halted once they realized Oklahoma already had a state flower, the mistletoe. After that, they decided to redirect their efforts with their eyes on the prize of state tree. 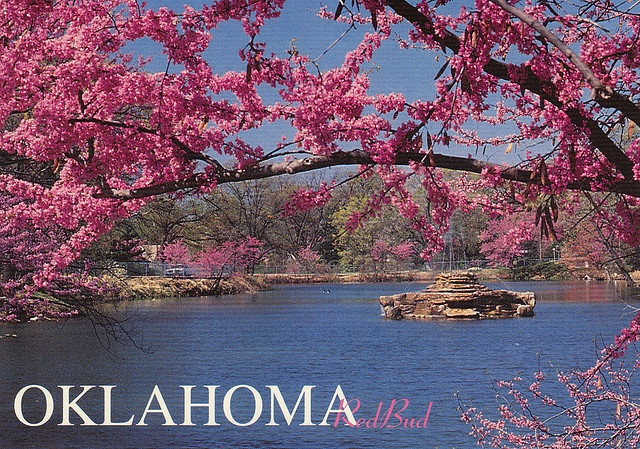 However, even that process neared being halted, because a concerned citizen notified the state that the redbud is connected with the Judas tree, the tree that Judas Iscariot used to hang himself after he betrayed Jesus. We wouldn’t necessarily want such a bad omen to be the symbol of our state, after all! Apparently, it was quite the controversy, appearing in newspapers all across the United States and even in other countries!

Everything was finally resolved, and voila! Now we have a gorgeous tree with an interesting history!

This tree is considered a relatively short tree in the sylvan world. It only grows to about thirty feet tall!  One of my personal favorite things about this tree is that it’s called a redbud, but it actually blooms in more of a pink color! Sometimes the blooms are also in white! I find that the irony just adds to the romantic mystery involved with this incredible timber.

The National Arbor Day Foundation mentions that some are drawn to this tree for its gentle curves and “graceful, rounded crown”. The redbud carries with it a silent peace and delicate hope. Winter is over, and spring has sprung are what its long limbs seem to imply. Who wouldn’t be proud to see this comforting specimen spreading its graceful arms over the land?

The redbud has had many uses over the course of the years ranging from salad additions to probable cancer treatments, and some varieties even supported the arrows of the Native Americans when they carved out their strong bows. Whatever part of the redbud tree you like most, we are honored to have it as our state symbol of the forest.

Leave a review at Yelp   http://www.yelp.com/biz/lilygrass-flowers-and-decor-oklahoma-city