We’ve had quite the crazy start to wedding season! Keep those beautiful brides coming our way! We love it!

Today’s blog takes a break from the ins and outs of the store and focuses on one of our best-selling items, and, it may surprise you what that item is – handkerchiefs! 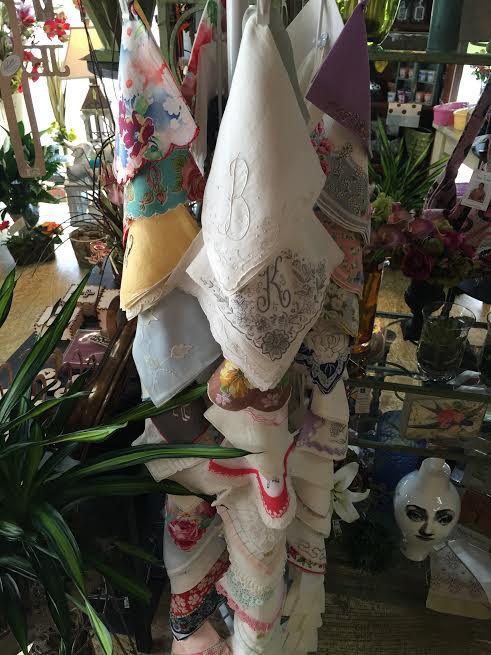 Although they may seem outdated in today’s society, these adorable and delicate little cloth accessories can barely stay in the shop! Some are monogrammed, some are plain white, some have the most intricate and complex designs stitched into them. They are amazing! I think they sell so well, because it reminds us of a simpler time and place, when everything seemed classy and elegant. They make great gifts, and most of them only cost $4.00! They are a steal! And they’re sure to make anyone feel special. 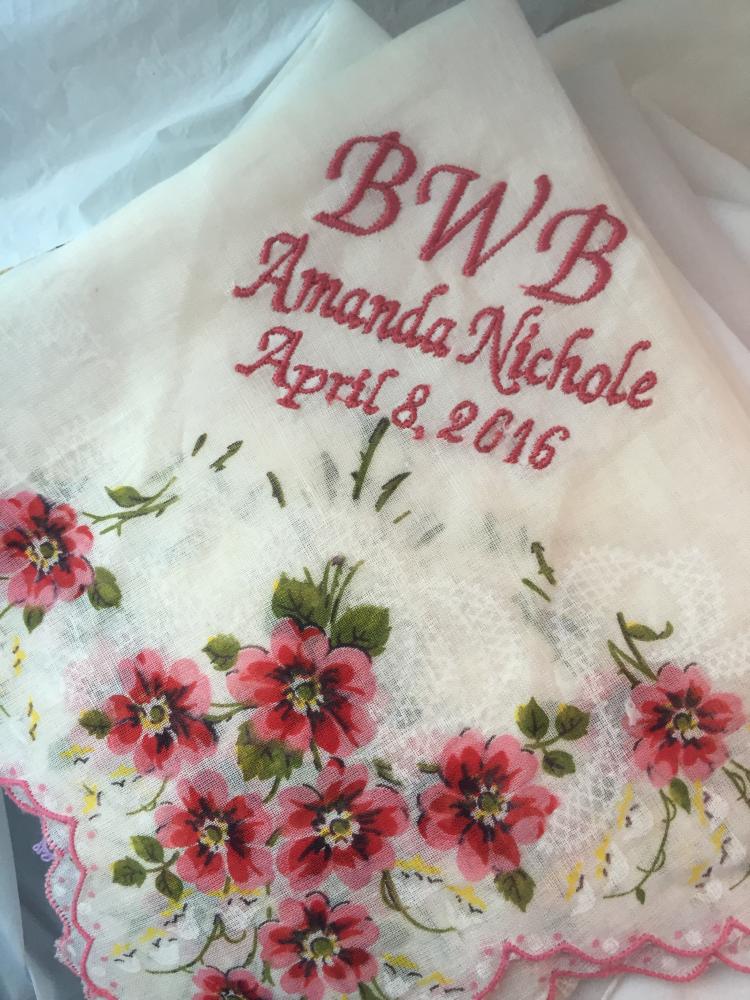 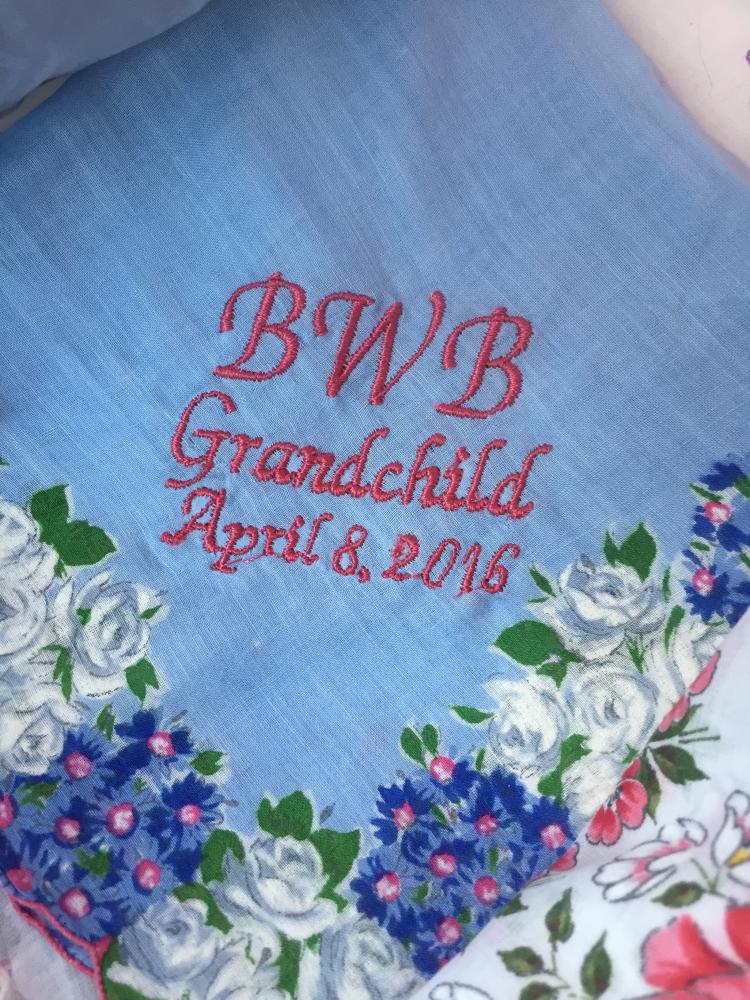 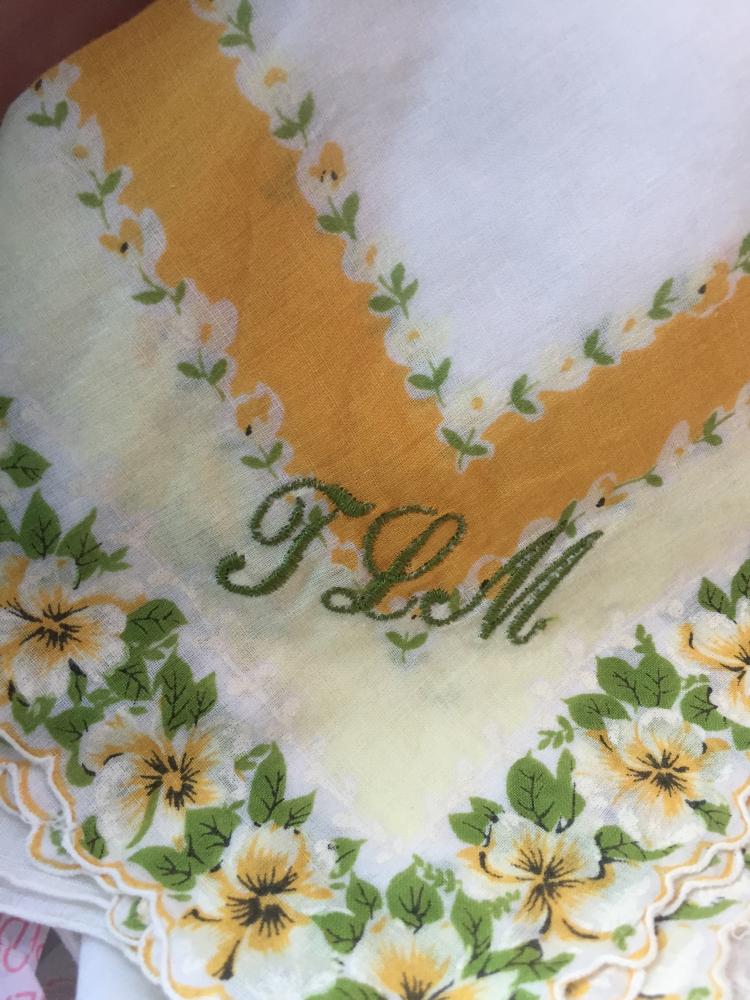 The handkerchief traditionally was worn centuries ago for practical reasons, like shielding eyes from the sun. However, the “hankie” soon became reserved only for nobility and were seen as a sign of wealth. Some say that Queen Elizabeth designed a whole secret code with her handkerchiefs, so she could communicate with her guards and maids. Knights would tie lady’s hankies on them somewhere as good luck before they went into battle or competed in a competition. Chariot races often started with the drop of a woman’s handkerchief. If a man was given one of theses small talismans, the lady was surely interested in him. These small pieces of cloth were so much more than tear-dabbers or sun-shielders! 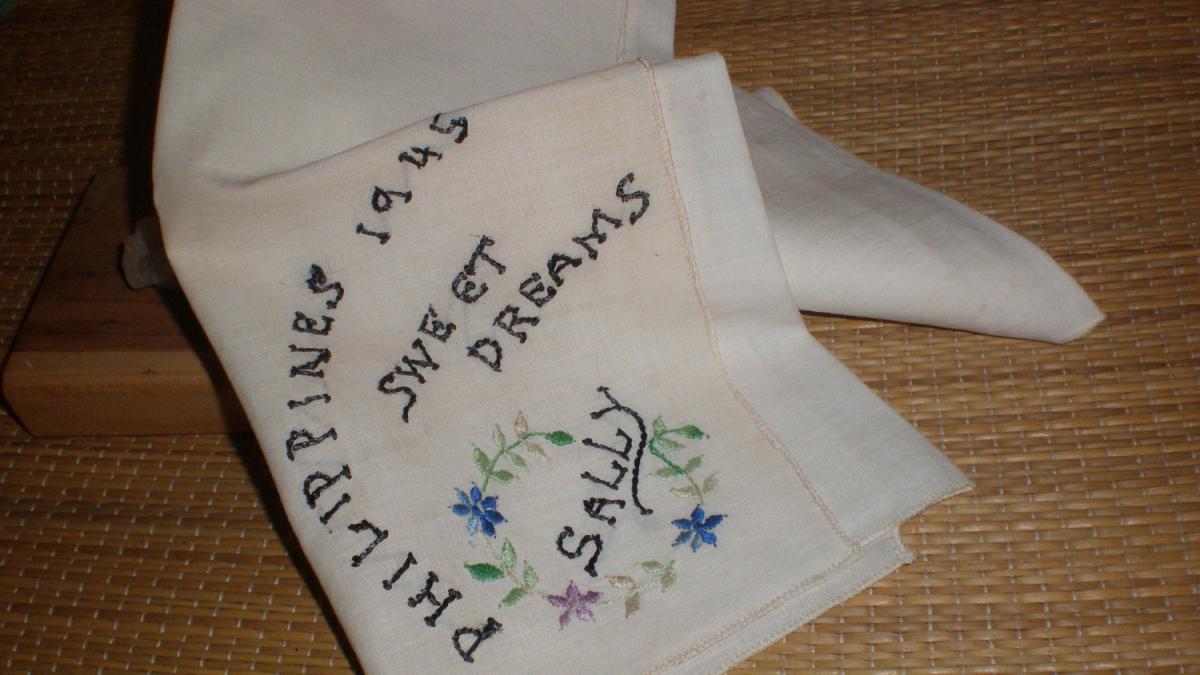 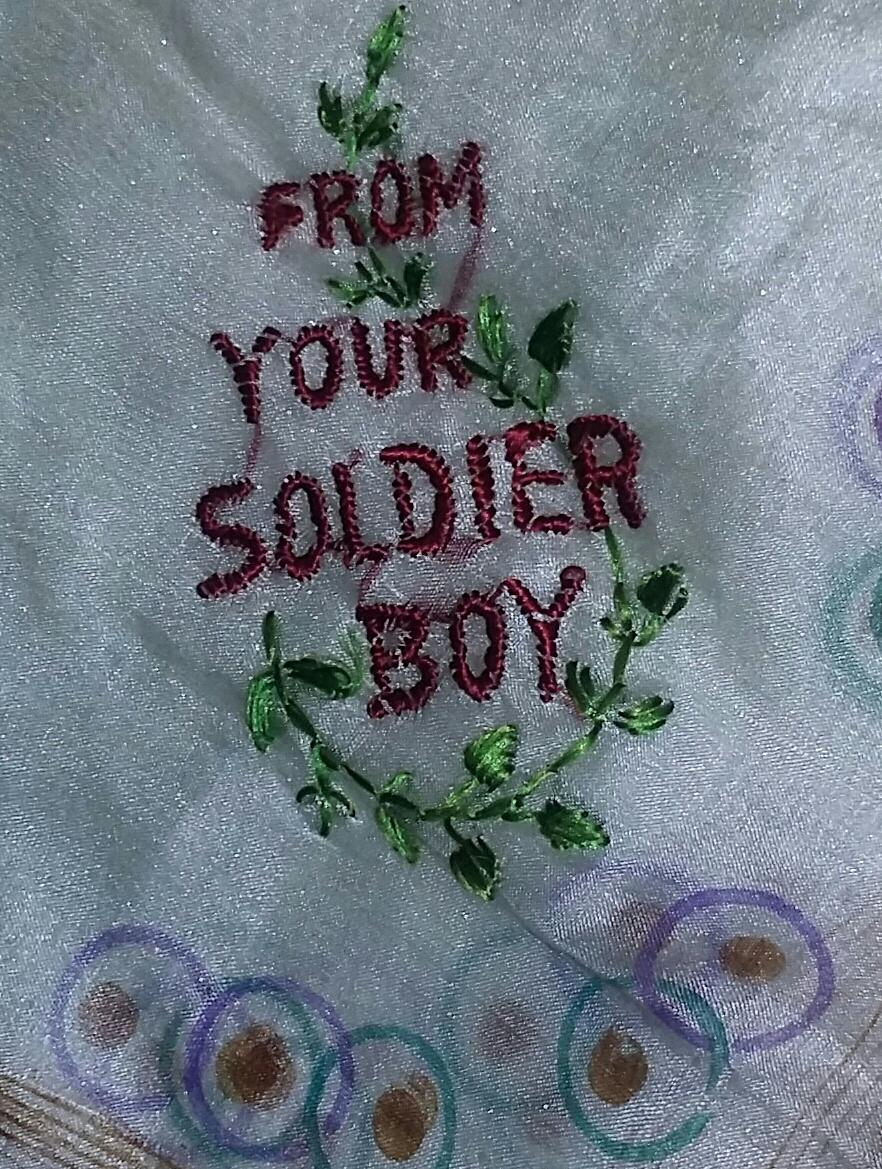 During American history, hankies played a large role. The Depression made fashion basically obsolete, as people could only spend what little money they had on necessities, so dresses and blouses were out of the question. However, women could “change” their outfit simply by choosing a new handkerchief. They often wore them in a breast pocket or tucked over a belt. Hankies helped women feel like they could still look nice and fresh without having to spend the money.

They also helped during the war. One of the most interesting facts about handkerchiefs is that soldiers would wear ones that had been printed with maps on them. This way, if they were shot down or captured, they had a secret escape route right around their necks! What a clever idea! 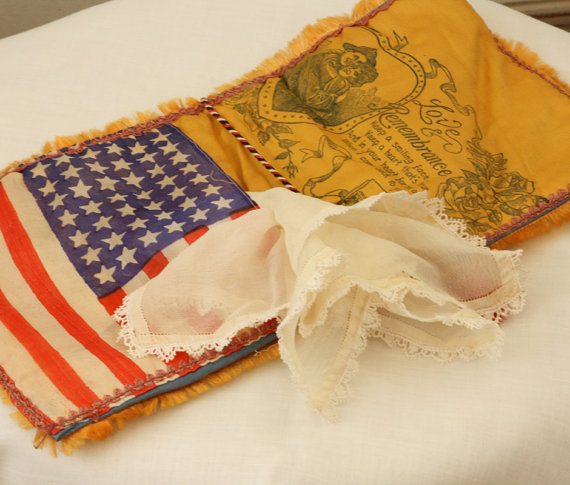 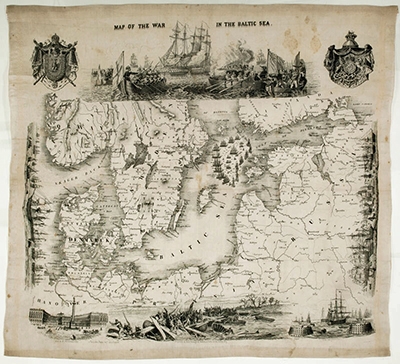 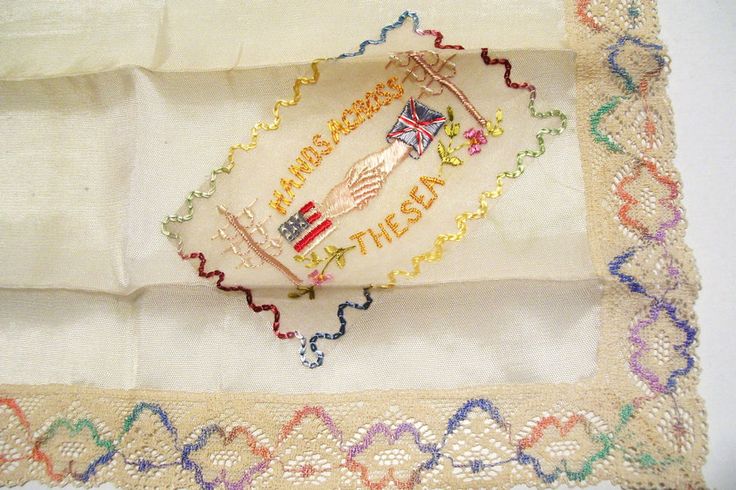 Unfortunately, the Kleenex boom put an end to the fame of the handkerchief. Science also stepped in and made people aware of germs and colds. Carrying a used tissue around in your pocket all of the time certainly didn’t help with sanitation issues. Now handkerchiefs are mostly collected and admired for fashion reasons or nostalgia. If you’re lucky enough to have some hankies from loved ones who have passed on, know that you are carrying a very special piece of them! They most likely carried that small square with them daily. Who knows who they used it to flirt with or gave to as a good luck charm? Each hankie has a story, and we’re proud to carry some of these pieces of history in our shop!

Come on by today and grab your favorite handkerchief to wrap around your favorite bouquet! It will give it that extra special touch of class, and you can impress the recipient with your new knowledge of handkerchiefs, as well!

Leave a review at Yelp   http://www.yelp.com/biz/lilygrass-flowers-and-decor-oklahoma-city